Where did the idea come from?

It’s been 20 years since I was first bitten by the travel bug, 20 years since the first ‘switch off’ in China. After two decades of very diverse travelling experience, the passion is still here. There is a common thread to all these years spent on the road: the infinite stories and the moments that could never have been planned. That’s how the Deseti brat philosophy was born: let’s choose a story and lose ourselves in it. Your adventure starts the moment you choose one of our stories – carefully crafted, but always spiced with a pinch of mystery. You’ll be following the carefully crafted itinerary and theme with your experienced guide, yet there will be no strict daily programme. Do you dare come with us?

According to an old Slavic tradition, if there were ten children of the same gender in the family, the youngest used to have to leave and travel around the world. Legend has it that the tenth brother (‘deseti brat’ in Slovenian) and tenth sister (‘desetnica’ in Slovenian) possessed supernatural abilities, such as being able to foretell the future, talking to animals and plants, and so on.

As our travelling Deseti brat – or Tenth Brother – Roman was born in more modern times, he tweaked the tradition – just a little bit. He is indeed the youngest brother – of two, though – and he does employ his talents and also supernatural abilities in the service of keen travellers. Come and experience it yourself!

Custom made journeys are announced when a group of at least four travellers who can’t find the right journey (because the dates, destination or theme don’t work for them) approach me and define when, where and how they’d like to travel. As a group of four is already a good basis to arrange a tour, Deseti brat will do his best to find some more fellow travellers and carry out the journey at the set price. With custom made journeys, the wishes of the initial group are taken into account – the group sets the area (a continent, a country, a mountain range, a group of islands, and so on). The theme (or themes) isn’t limited, either. What is similar to other journeys, though, is the Deseti brat approach and spirit.

Deseti brat will happily help groups and single travellers who would like to have travel arrangements made for them and then do a self-guided journey or tour. There’s indeed something for everyone. 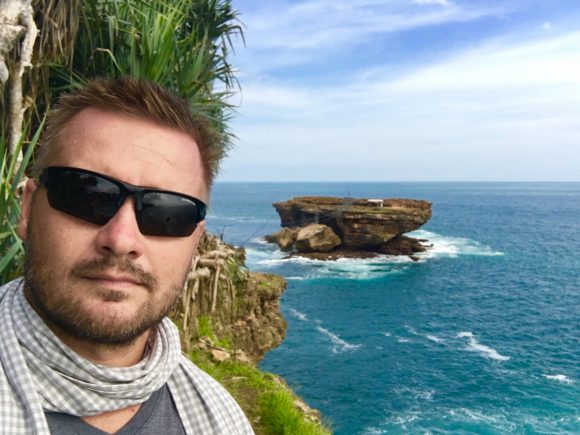 Travelling and I go a long way back, to the times I when studied Chinese Studies. There was no other way, actually. “Off to China, if you want to learn Chinese,” said a professor. And so we went, a whole flock of us. It was good. A bit of studying, a bit of travelling. 45 days, just right for the first longer journey.
The following year we repeated the lesson, only this time for three months. We became fluent. Even nowadays I still sometimes amuse my fellow travellers – and drive locals into despair – with my broken Chinese.
The third year, back in 1999, a fellow student and I organised an actual tour of China. That was a pivotal moment in my life – it brought the realisation that this job fit my lifestyle perfectly. And it has always remained this way.

Who is Luka Furjan, your tour guide through Taiwan?

Luka was born in Ptuj, Slovenia and studied Asian Studies in Ljubljana. After completing his Masters in Chinese Studies, he was awarded a Taiwanese scholarship to improve his knowledge of Chinese. His afternoons in Taipei were perfect for hiking the nearby hills and he soon realised the fastest way to get there was by bike. Suddenly, all the hidden spots that belonged to a world accessible only by bike were within easy reach. After perfecting his knowledge of the language, he took cycling lovers from around the world on tours of Taiwan. And since no extreme is good for you, he soon joined cycling and hiking, adding some Taiwanese cuisine and culture to the mix.

Flight tickets are arranged in cooperation with TrekTrek Travel Agency.